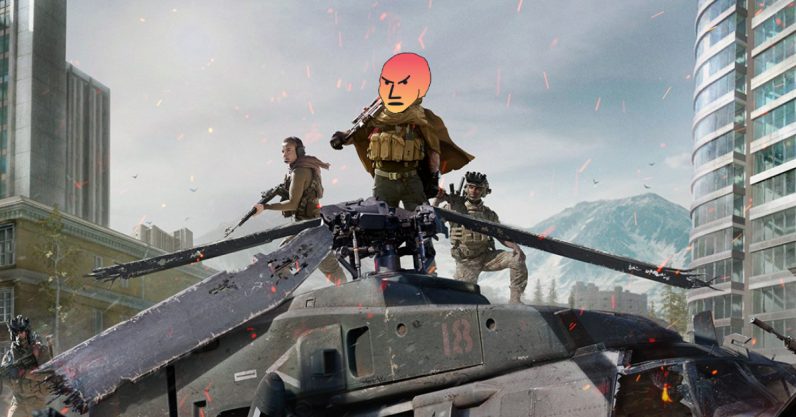 I was never a fan of the?Call of Duty franchise, but its battle royale format,?Warzone, has won me over.

I love its pace, the fictitious?city of?Verdansk where battle takes place, and all the little details like custom loadouts?and infinite respawns that make the gameplay so dynamic. I also appreciate the fact it’s free-to-play (even though you’ll probably end up buying the full game if you care about leveling up your weapons).

Watch all TNW2020 talks on-demand, whenever you want

But there’s one thing about?Warzone that absolutely infuriates me: it’s painfully easy to get irreversibly stuck at any random spot.

It’s not a new complaint by any means. Players have been moaning about getting stuck at rocks, buy stations, and the backs of trucks since?Warzone first launched in March. Four months later, this part of the game hasn’t gotten any less annoying — and?Call of Duty maker Infinity Ward has yet to fix those glitches.

In the past 30 days alone, I’ve unintentionally managed to tick off all of the popular “getting stuck” locations at Verdansk, and even discover some new ones.

Pro-tip: you might want to parachute away from?the train station building, or you might find yourself stuck between the wall and the window skirting.

Another pro-tip: hiding between the tents and the walls at the airport isn’t a good idea either.

I’ll admit one thing: none of the people I play with have gotten stuck so far, so I’m not ruling out the possibility it has something to do with the way I move. Even so, Infinity Ward should try to iron out those edge cases, especially because running around is a crucial part of the battle royale experience.

Look, it’s not a bug that’ll make me quit?Warzone,?but it happens frequently enough to rub me the wrong way — and I’m sure I’m not the only one feeling this way. If possible (and it should be), I’d rather not worry about choking to death because I got stuck between a rock and a wall while running to the next safe zone.

In the event that you do get stuck, though, there’s a few things you can try to free yourself.

If haphazardly fidgeting around doesn’t do it, you can try using the melee attack to nudge yourself out — simply keep punching the wall in the opposite direction of where you want to move. I’ve noticed this trick works on rocks and tents, but I didn’t have any luck with buy stations.

Another alternative is to blow yourself up with a C4 explosive and have a teammate revive you, but that obviously won’t work for solo players (unless you have self-revive, in which case you’ll end up wasting $4,500). The problem with this approach is not everyone carries around a C4 — and sometimes you might even need two to get the job done.

If none of this works, you might as well embrace your inevitable destiny, soldier on, and try to do as much damage as possible in your limited capacity. I almost wiped two teams after I got stuck at a buy station over the weekend — and I even managed to revive a downed teammate.

We didn’t win, but hey — neither did those other teams.