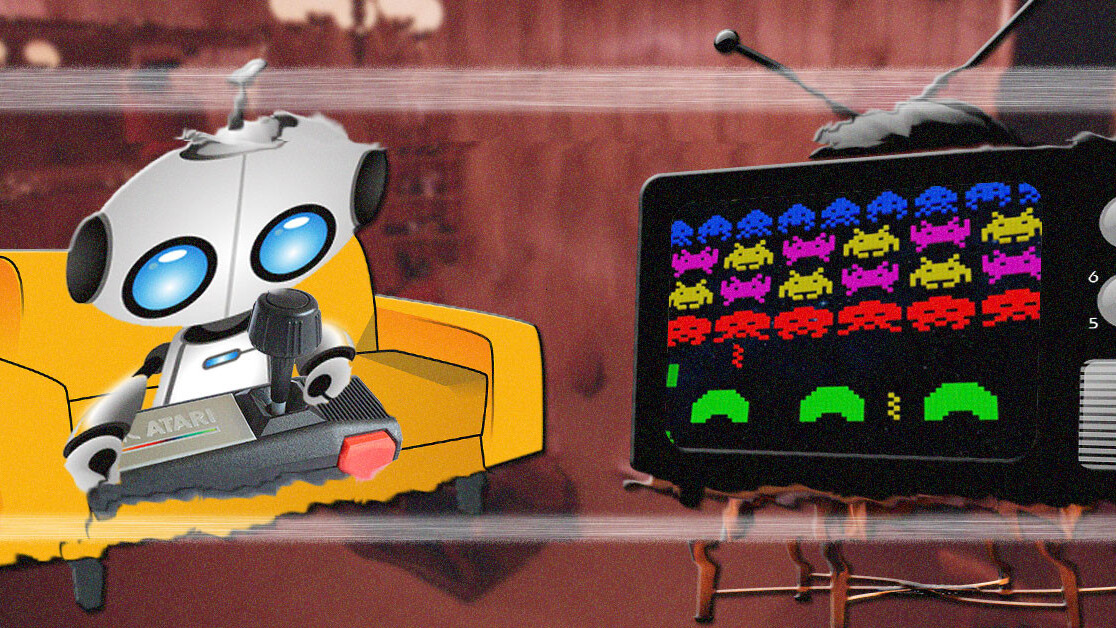 Welcome to TNW’s beginner’s guide to AI. This multi-part feature should provide you with a very basic understanding of what AI is, what it can do, and how it works. The guide contains articles on (in order published)?neural networks,?computer vision,?natural language processing,?algorithms, and artificial general intelligence.

Among the most common misconceptions surrounding machine learning technology is the idea that video games dating back to the 1970s and 1980s had built-in “artificial intelligence” capable of interacting with a human user.

If you’re curious but in a hurry, video game “AI,” in the traditional sense, is not what people refer to in the modern era when they’re talking about artificial intelligence. The “bots” in an online multiplayer game, the enemies in a first-person-shooter, and the CPU-controlled characters in old-school Nintendo games are not examples of artificial intelligence, they’re just clever programming tricks.

Artificial intelligence, in the form we discuss here at Neural, includes machine learning systems like the core neural networks behind Alexa, Siri, and Google Assistant. Adobe uses AI to predict what you want a correction to look like, Google uses it to find you a cheap flight, and Twitter uses AI to determine which ads to serve you.

But, at the risk of confusing things further, video game developers often use AI to create video games. The Unreal Engine, for example, uses AI to allow for real-time graphics rendering. AI is not usually used to control anything that interacts with the player though, because it would typically be a poor solution to most programming problems faced by developers.

When gamers think of “the AI” in a game, they’re probably not imagining a set of image recognition algorithms. They’re thinking of the CPU-controlled enemies that can recognize the player’s actions and respond. We’ve seen CPU enemies take cover, call for backup, and respond in kind when players use new tactics. Again, this usually isn’t accomplished with artificial intelligence.

There’s only so many things an agent can do in a video game, so it’s usually more cost-effective and simple to just code an agent to perform certain tasks than it is to train a neural network to control the agent.

Perhaps in the future as games continue to expand in size and features it’ll begin to make sense to create AI-powered agents to explore video game worlds in tandem with players. One of the most popular forms of developing robust AI systems is to let models loose in video game worlds. StarCraft and Super Mario Bros. are among the most popular gaming worlds for machine learning research.

But the purpose of such research has nothing to do with video game development. Researchers observe AI models in gaming worlds because they’re often physics-based, and that helps AI learn how the real world works.

Though there are some exceptions, we can typically assume any “AI” reference in the gaming world that refers to the CPU’s control over agents – ie, the enemy orcs in Shadow of War or the AI-companions in Fallout 4 – is not actual artificial intelligence. Though the developers of both games likely used AI for myriad functions in their creation, the games themselves don’t have an AI baked-in specifically to control NPCs, agents, monsters, allies, or bad guys.

How to create an AI that chats like you on WhatsApp